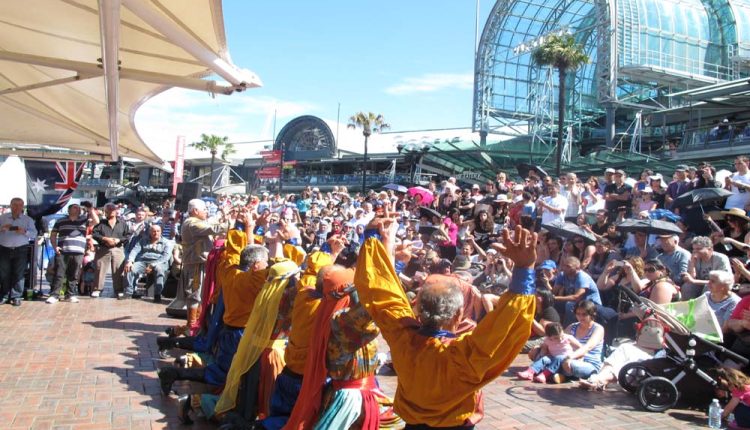 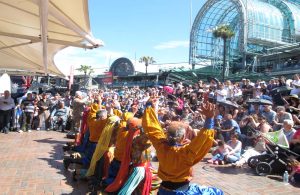 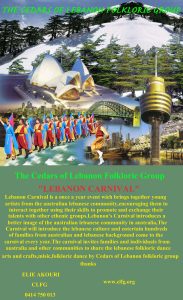 The Cedars of Lebanon Folkloric Group

The Cedars of Lebanon Folkloric Group (“the Group”) has been established since 30/3/1977. The aim of the Group initially was to give the recent Lebanese Migrants at the time, an opportunity to be able to assimilate into the Australian culture, whilst also having direct contact with their heritage.

The Groups work consists of performances interstate and worldwide. They perform in different venues, continually trying to enhance the multicultural nation of Australia. The work of the Group also included raising funds and contributing to the underprivileged communities in Lebanon and Australia.

The voluntary work of the Group has been ongoing for the past 44 years. This is deemed an achievement as to be able to keep a group together for such a long time, there needs to be a determined commitment from the volunteers along with personal dedication and motivation. These are all talents which the Group has.

The Group has a clear goal and all volunteers’ work towards achieving it.

The positive attributes and focussed nature of all group members, which have been characteristics of the Group, has allowed for the Group to continue working for the community as well as demonstrating the Lebanese culture.

The Group also promotes multiculturalism by encouraging all to get involved in their performances. Volunteers vary in age and backgrounds, which further enforces the cultural diversity present in Australia.

Their work is always promoting harmony within the community as they always accept to voluntarily perform at all festivals. This aspect of multiculturalism is also exemplified through all their performances; however one event in particular which occurs yearly and is held by the Group, is the Lebanon Carnivals. for the past 43 year and this year will be the 44th years at Granville Town Hall – Granville – NSW

The Lebanon Carnival brings together the wider community and encourages all different ethnic groups to get involved and thus illustrates the Lebanese culture not only to the Lebanese Community but also to other nationalities. Through this encouragement and interaction, this event promotes and maintains the multicultural nation in which Australia upholds.

The Group also performs at other cultural festivals and events in Sydney, in every state and worldwide to further encourage cultural diversity and engagement.

Events are always held to enable the public to unite together and to enhance the social and cultural wellbeing of the communities. The Group is always working for the community at large, encouraging uniformity amongst the variety of ethnicities. This unified nature of the Group amongst other nations is demonstrated through their performances which aim to encourage a greater understanding of the Lebanese and Australian Culture and traditions within the community.

The Group’s work has also allowed the Lebanese community to have a direct link to their heritage, whilst also teaching the young people of today about their traditions. They assisted migrant communities to adjust and settle in Australia, whilst ensuring continual enjoyment with their culture. They share the beauty and richness of the Lebanese Folklore to the Australian Community, educating them on the different aspects that the culture has to offer. The Groups work is an example of a group which illustrates the variety of cultures that shape Australia.

The Group has set an example to the community at large, showing that through unified commitment and dedication, one can keep something running for such a long time. The Group has been held for an outstanding 44 years. They have illustrated that provided all are working towards the same goal and everyone is treated as one, where trust and honesty is present, a team is able to continue their work for an extensive period of time. The time length in which the group has been held together, marks a great achievement, which is besides all the other significant work in which they have done.

Through the continual work of the Group, it can be viewed that the group holds outstanding dedication which allowed them to remain present and continue its service for the benefit of the community.

“THE CEDARS OF LEBANON FOLKLOROC GROUP”

* 630 members Boys & girls came to the group to learn and perform the Lebanese / Australian Culture by Elie.

* Performing for the Churches / Schools / Communities/ Charities ( For Free)

* Performing for Councils ( For Free)

* Helping People and Give Donation for the Poor People here in Australia and Lebanon and for the Children Hospital.

* CLFG went to Uruguay South America, in 1986 for 2 weeks to present the Lebanese Culture from Australia in the Lebanese 1st Meeting

* Performing for a different Festival’s for different ethnic Communities … 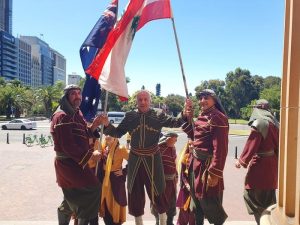 The Cedars of Lebanon Folkloric Group

Elie Akouri’s volunteer work began in 1973 in Australia, where he was teaching the migrant communities acting, dancing and different sports. On the 30th of March 1977, Elie founded the Cedars of Lebanon Folkloric Group, where he voluntarily taught various individuals the Lebanese Folklore. He also formed 8 different sports groups, including but not limited to soccer, volleyball and many more. Elie also opened the First Lebanese Club in Bankstown, which was known as the Cedars of Lebanon Theatre Restaurant, which aimed at uniting the communities together and assisting the young generation to get involved in a sports team.

Moreover, Elie from his own free will and voluntarily planned overseas activities to South America, Uruguay Argentina in 1986, where the Group directed by Elie Akouri, presented the Lebanese Australian Culture for 2 weeks, as well as trips to Canada/ USA in 1988 for 2 Weeks and Lebanon in 1997 for one Month to showcase the Lebanese Australian Culture

Elie also voluntarily worked towards sponsoring and raising money for the disadvantaged children in Lebanon as well as for the Children’s Hospital which was then in Camperdown and now in Westmead.

Elie also performed on all TV channels, including channels 7, 9, 10, SBS and ABC in Australia, as well as the Lebanese TV’s Channel’s in Lebanon, South America TV’s and Canada presenting the Australian and the Lebanese Community which was present in this country.

Elie dedication and commitment to servicing the community, has been ongoing since he came to Australia 1973 more than 48 years and he continues to provide to the public, teaching & performing.

Elie has been for the past 48 and half years voluntarily servicing for the community. This time commitment is a special attribute in which Elie holds, as it is very rare to find an individual who has worked for the community for such a long time. His focussed, determined and hard working nature allowed him to perform his work for the extensive period of time. Elie has never given up, notwithstanding the many obstacles which he has faced and always perseveres until he perfects his goals.

Elie never settles for second best, he always aims high in his voluntary work and continually raises the bar in order to achieve excellence in all areas of his work.

Elie moral goodness is a trait which makes him stand out. His work has always been aimed to form a healthier and cultural diverse community where all individuals get along. His thoughts are always aimed at how he is able to make the community a better place.

Elie practices the right ethics, which makes him a role model for all to follow. He is a commendable individual, as he lives his life and performs his work with honesty and integrity.

Elie is also enthusiastic about his work and therefore through his actions and personality, he encourages others to follow in his footsteps.

Elie volunteer work, has not only been recognised within one community, it has had an impact on the world at large. His courageous and determined nature has allowed him to stand up for what he believes and has enabled him to have such a great effect on a large scale.

Elie work has allowed for the various ethnic communities to be unified. Elie has taught the community about the Australian and Lebanese culture, whilst also promoting cultural diversity. Elie has set an example to the community at large, showing that through commitment and dedication, one can keep servicing for such a long time.

Elie started in 1973 Teaching the Lebanese /Australian Culture and he founded the Cedars of Lebanon Folkloric Group 30/3/1977, which till this date is the only voluntary Lebanese Folkloric dance group in Australia. He has put together concerts presenting to the large community the real Lebanese Folkloric act by holding stage performances as well as festivals. Performances were also held in all Australian States as well as overseas- Lebanon & South America to entertain and educate the youth of the Lebanese and non Lebanese communities about the Lebanese Culture for the past 48 & half years.

Although Elie faced many obstacles on his journey, he was able to overcome them through his focussed, hardworking and enduring nature. The dedication and personal motivation which are qualities Elie has, allowed him to be able to continue his voluntary work for 48 & half years. Despite being faced with many personal obstacles, Elie did not allow them to get in the way of his work, as he has a passion for helping people and is thoughtful towards others. He is a resilient individual always standing up and not allowing any negative life conditions to prevent him from continually servicing for the community.

Elie volunteer work for the past 48 & Half years since he arrived to Australia, has been focussed on achieving the same goal. This has allowed his determination to continue, as seeing the community benefiting from such great works has encouraged him to carry on.

Elie, is a commendable individual who has only ever worked towards ensuring a better community. His volunteer work marks as being of high significance amongst the community as well as worldwide.

The Following is a brief list of the volunteer work that Elie Akouri has carried out:

Raising fund for the Disabled-

Workshops in every State teaching People about the Lebanese Australian Culture-

Organising the yearly (Lebanon Carnival at Darling Harbour) this is the only even for all the Lebanese and non Lebanese free of charge.

and many more things here in Australia and oversees

International of the year Award- 2001

The Queens Silver Jubilee Australian at the opera house Sydney-1977 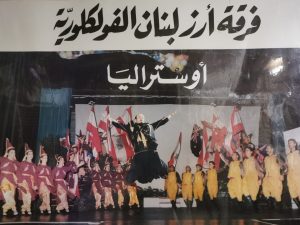 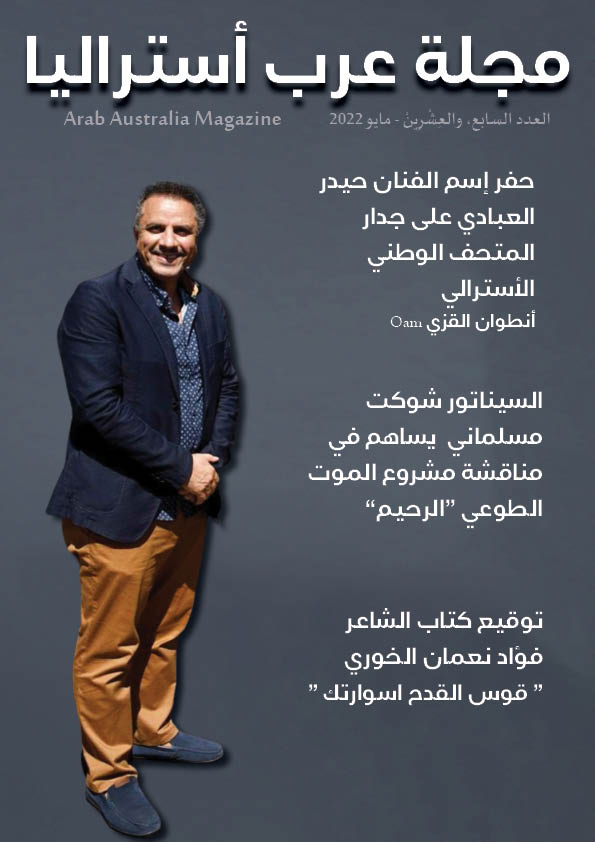